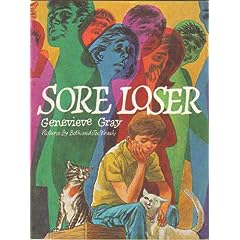 Yesterday, my roommate Will Bryan and I played Madden 09 for Xbox 360. It was a good game, and he ended up winning 24-22. For most people, as soon as the final whistle blows and time runs out, normal life is resumed.

Throughout the game I became steadily more and more angry, dwelling on every missed play by my team, every call I believed went against me, and the new rage-inducing feature in Madden 09: the Rewind button. With this brilliant addition, allowing a player to backtrack on a botched play by a simple button press, EA Sports has managed to simplify what is normally a difficult task: infuriating Aaron West.

I consider myself to be a fairly laid back person in all things non-competitive. I see myself as a peacemaker in things that matter (and instigator in things that don't). However, if the subject matter could conceivably involve a W or an L, be it an argument, a race, a video game, etc. my demeanor changes completely. I and most of my friends are fully aware of the English Channel-wide competitive streak I possess. It is a trait shared by one of my best friends, Juan Duque and by many of those with whom I surround myself.

This competitiveness is such that Juan and I will not compete against each other in almost anything anymore for fear of ruining our friendship over something simple like Fifa. During my junior year of college, his sophomore year, we would regularly battle against each other for Fifa supremacy. We eventually realized that the 20-minute silences after games didn't stem from the fact that our mouths were dry, but rather from the anger we attempted to hide from each other after match end. Needless to say, we decided it was in both our best interests to never compete in earnest over anything in order to continue as friends and aquaintances.

I've realized in the last few years that I am not the outwardly competitive type in most things. I would often refuse to compete in things without realizing why, until I noted fairly recently that if I didn't feel I had a very good chance of winning, I didn't want to involve myself. It was then I understood that I might have a problem with chronic over-competitiveness. Yesterday stands as a prime example.

As the game with Will progressed, I found myself becoming quieter and quieter. My frequent ear-piercing protests died down into simple angry Marge Simpson-esque growls, and eventually I lapsed into complete silence. Perhaps feeling the intense heat of anger radiating from my being, Will decided his best option was to not gloat or celebrate, and we finished the last minutes of the game without a word passed between us.

After the game finished, I went to fiddle with my computer without saying anything to Will. He quietly shut the game and television off and retired to his room; a gracious winner. Realizing that nothing good would come of my anger, I decided to take a nap and sleep the ruinous effects off. I could not fall asleep for a full 20 mins, silently cursing the lines of code that allowed Will to capitalize on 40-yard pass plays with ease while I couldn't run for 3 yards if I lined up against a team of 10-year-old Pop Warner rejects. I finally went to sleep, and woke up feeling better about life, liberty and the pursuit of happiness. Will was gone to dinner with some family members, and my brother was otherwise occupied. I looked towards my Xbox and saw the box for Madden. An instant flare of anger shot up inside me which I quickly quelled by picking up my Bible and reading a few verses.

Sufficiently calmed down, I went to the grocery store to buy groceries (read: large quantities of candy made legitimate by surrounding them with necessary food items). Shortly after I got back, Will returned and cautiously made his way into my room. I was on the phone, so he waited for me to return, and watched a bit of TV in the meantime.

"Dude, you were so mad earlier."

We laughed heartily in agreement, and I decided to change the subject before I was seized again with the urge to turn Madden into small bite-sized pieces. I reflected on the times I've ever been angry and realized that 98% of the time I'm angry, it's because losing was in some way involved. Due to this fact, I've decided to remedy the situation.

Email ThisBlogThis!Share to TwitterShare to FacebookShare to Pinterest
Labels: Fifa, Madden 09, Will Bryan

YEAH YOU DO THAT SHIT!...you remember when i was dominating your life in fifa 08 on the internet with tha lil nigga silva and you stopped playing fifa with me for a while... but video games are a bitch, sometimes they screw the shit out of you. I get sooo mad just at my players and junk you remember when i just threw my controller down and started walkin around my room cussing at myself when we played on the internet, but u need to quit blamin it on yo niggas, it ain't their fault that they're good at video games hahaha i'm just kiddin son

Somebody better not show this man his score in the game of life....Oh snap!!!

Haha, it seems we are the exact same person. If I lose -- and videogames, board games, card games, anything athletic, etc. -- I go into the identical state of silent rage, a condition well known to all my good friends. I identify with every word you wrote.

Furthermore, I forgot you're a candy fiend like me. Hell yeah. Anyway, great stuff as usual.